The issue is with this show (others may be affected, didn’t check): 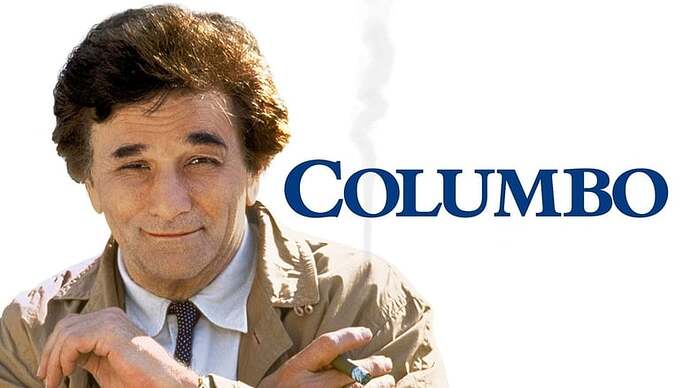 Columbo is a friendly, verbose, disheveled-looking police detective who is consistently underestimated by his suspects. Despite his unprepossessing appearance and apparent absentmindedness, he shrewdly solves all of his cases and secures all evidence...

How to reproduce the issue:
1- Open SeriesGuide with app data.
2- Add show Columbo. You can check how many episodes are and how they are distributed on each season
3- Restore adb backup, then from app select Restore Auto Backup on top.
4- Check again Columbo show. More episodes are added and others are are moved from one season to another or to Special Episodes.
5- Also episodes ticked as watched don’t match with the ones I have really watched and that I properly selected on previous version.

Now I have to clean start and check again one by one which episodes I’ve watched, and tick them again without restoring a backup.

On second post will add screenshots and backup files.

These are the First Season and Special Episodes on empty profile, just add the TV show but don’t import or tick anything: 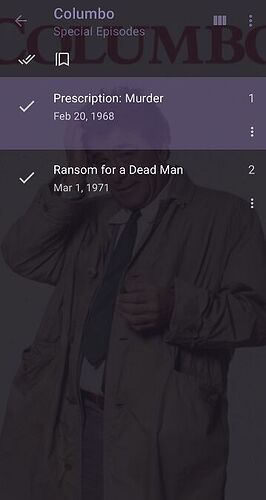 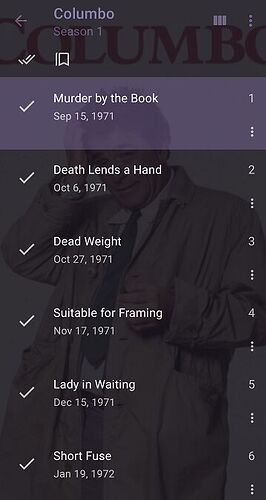 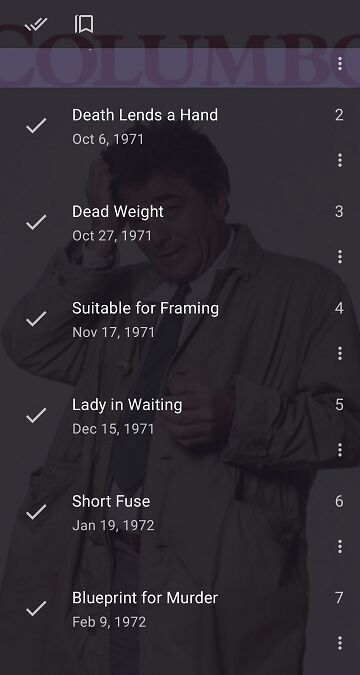 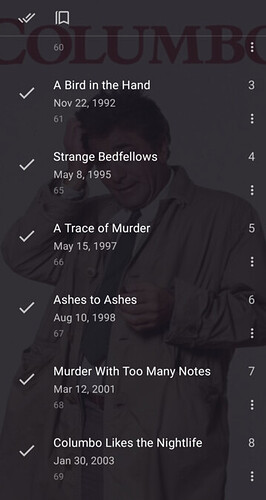 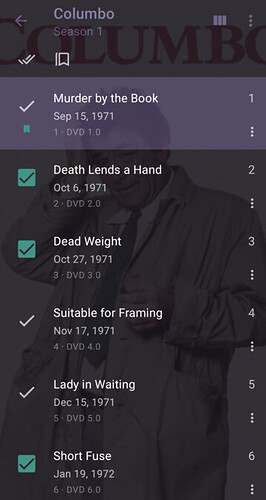 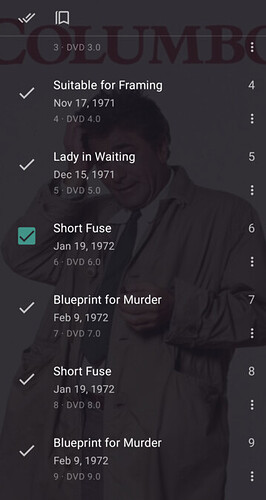 The auto backup only runs every 7 days. So if your adb backup is from just before the next auto backup it can’t include your latest changes.

Note: you can run auto backup manually, or create a backup yourself. See Help | SeriesGuide